Glossy food emporium Dean & DeLuca was once synonymous with New York luxury, drawing in locals and tourists with the promise of fancy olive oils, beautiful fruit displays, and curated high end baked goods. Now, customers are more likely to find disappointment at Dean & Deluca, as the store’s shelves and display cases are growing bare. The company’s reputation, as well as its future, has taken a severe turn for the worse.

Within the past two weeks, stores in Napa, California, and New York have closed. Dean & DeLuca’s new pilot cafeteria-style restaurant, Stage, is in the process of closing, according to the New York Times. (It’s expected to reopen elsewhere.) Reports of rapidly emptying shelves at some of the U.S. locations, suggest that more closures are imminent. Though representatives for the company told Eater NY on July 10 that there are no plans for additional store closings “at this time,” the company now confirms to Eater D.C. that the longtime Georgetown-area store is now slated to close on August 1. Plans for two Southern California locations have also been scrapped. On July 11, the company’s website was taken down for several hours and returned with locations listing that reflected only seven remaining stores (international stores are no longer listed) and without its online shop. As of July 23, only five stores are listed.

Dean & DeLuca’s vendors — bakeries and patisseries that supplied many of the store’s pricey gourmet breads, cakes, and cookies — were the first to sound the death knell of the chain. The New York Times reported at least four New York vendors, including Bien Cuit and Eleni’s Cookies, were owed tens of thousands of dollars. And for months, small businesses have turned to social media to complain about the company’s outstanding debts.

For many customers who stepped inside Dean & DeLuca over its nearly 42-year history, the visit was more about getting a glimpse of a posh world far beyond their pay grade, where a polished Thanksgiving of perfectly roasted turkey and decadent chocolate cakes could be had for the price of all the money in your bank account. Purchasing something at the stores — no matter how small — was a treat that made someone feel like one of the many celebrities who readily raved about shopping trips to Dean & DeLuca in the press. Until Whole Foods and Eataly came along, Dean & Deluca existed in a class of its own. So how did Dean & DeLuca end up here, limping along and unable to pay its bills?

Dean & DeLuca was founded by a former school teacher and cheese merchant Giorgio DeLuca and business manager Joel Dean in 1976. The partners opened their first store at the corner of Prince and Greene Streets in Manhattan’s artsy SoHo district in September 1977, hawking specialty food items, housewares, and cookbooks. According to the company’s own lore, Dean & DeLuca blazed a trail into the hearts of culinarians in the city, as well as tourists, by being the first store in New York to stock items like balsamic vinegar, dried mushrooms, and radicchio. Consumers who couldn’t make it into New York to purchase the store’s rare items could place orders through a print Dean & DeLuca’s catalogue, launched in 1981.

By 1988, Dean & DeLuca upgraded to a handsome new store on Broadway and Prince Street that was roughly five times the size of the original. It was here that it truly defined its brand. Co-owner and artist Jack Ceglic, at the urging of his partner of Joel Dean, designed the Broadway location with its stark, minimalist, gallery look. Some have credited the Dean & DeLuca aesthetic — white walls, white tile floors, and butcher block counters with stainless steel and chrome elements — with inspiring a contemporary revolution in home kitchen aesthetics. “Joel was the one who saw to it that there was a common ground between the food and the design,” Clark Wolf, a food consultant, told the New York Times in a 2004 obituary for Dean. This untouchable look, alongside the marked up prices, led some to refer to the store as a “food museum.” That flagship store is now the only remaining market outpost in its home city.

By the 1990s, according to a 1992 report by the Washington Post, Dean & DeLuca had blossomed into a booming business with roughly $20 million in annual sales from its market, mail-order shop, and a fleet of D&D espresso bars in New York. Mid-way through the decade, the original partners in the food hall chain took a step back by selling a majority stake in the company to food and beverage industry investor Lesley Rudd. Around the same time, the fashionable store began expanding at a clip throughout the country, establishing locations in Washington, D.C. and Charlotte, North Carolina. However, as the company pursued an IPO in May 2000, filings submitted to the Federal Securities & Exchange Commission revealed that Dean & DeLuca had not turned a profit since February 1993 and was operating with a deficit of roughly $34.9 million. The company eventually axed plans to go public.

Despite its troubled finances, Dean & DeLuca enjoyed a cache well into the late-aughts that was regularly documented in pop culture. In a violent scene in American Psycho, a book about a 1980s Wall Street serial killer, main character Patrick Bateman name drops Italian sea salt purchased from Dean & DeLuca. Characters in shows like Will & Grace regularly mentioned the store, reminding viewers of their expensive New York tastes. A version of the company’s stylish coffee house was cemented into the memory of Felicity viewers, whose main character works as a barista at a Dean & DeLuca cafe. Perhaps most indicative of the special-occasion nature of a trip to Dean & DeLuca is a scene in The Devil Wears Prada where boyfriend Nate (played by Adrian Grenier) brings home a celebratory bag of food from the luxury store for girlfriend Andrea (played by Anne Hathaway), remarking that “they charge, like, five dollars a strawberry there.”

Thai luxury real estate firm Pace Development purchased the specialty grocer, now based out of Kansas, in 2014 for $140 million, with plans for an aggressive expansion into affluent international mixed-use developments and a possible IPO. “We expect to open hundreds of new stores in the next two years to add to the current 42 stores, and to increase our global footprint from eight countries to more than 15 countries in the same period through licensing and our own investments,” Pace CEO Sorapoj Techakraisri said at the time. Pace soon commenced opening stores abroad while targeting locations near Bethesda, Maryland, Fort Worth, Texas, and additional New York outposts.

But the market for $75 bespoke ice cubes and $12 cold-pressed juices was not as robust as it appeared. In 2018, Dean & Deluca stores began closing amid reports of broken lease agreements, lawsuits for unpaid rent, and canceled contracts with vendors who had gone unpaid for months. In one case, owners of Ceci Cela Patisserie in New York told the New York Post that they filed a $70,000 lawsuit against the company for products they were never paid for. Dean & DeLuca also began to back out of other partnerships including long-term sponsorship deals with a golf tournament in Fort Worth and the U.S. Open. Previously announced locations were scrapped.

The things that defined Dean & DeLuca as an iconic brand — reputation for high-quality products with a price tag that said “special occasion” — may also have lead to its downfall. At one time the company’s model of premium pricing for premium products like $19 per pound organic mesclun and $42 boxes of green tea truffles helped it stand out. These hard-to-find items made Dean & DeLuca formidable competition in the 1990s when customers felt confident that they were getting their money’s worth while shopping there. But then imitators like Whole Foods and Eataly began selling similar items for less. Imported ingredients and items like quinoa and fancy cheeses also became more commonplace. And like any other brick-and-mortar storefront, Dean & DeLuca has face increased competition from online marketplaces like Amazon that provide more convenient ways to find niche items.

As many bloggers and Yelp commenters argued, the store’s products declined in quality yet remained marked up to maintain the illusion of a grand shopping experience. As a result, Dean & DeLuca became more of a tourist amusement fueled by recollections of what it once was instead of a place for serious shopping.

Perhaps its biggest impact, though, was made on the generations of small businesses like Siggi’s, whose owner cites getting onto Dean & DeLuca’s chrome shelves as a landmark moment in the business. Of course, nothing tanks goodwill like unpaid bills, and Dean & DeLuca has them in droves. Some of those same vendors who built up the company like Amy’s Cookies may close as a result of Dean & DeLuca’s unmet commitments. Dean & DeLuca, once the signifier of “making it” for a small vendor, has left these same businesses struggling under the weight of the parent company’s mismanagement and broken promises.

Once a company loses the respect of its suppliers, it’s hard to see how it can maintain its legacy.

Update: This story was originally published on Jul 16, 2019, and has been updated with news of store closings in Washington, D.C. and a canceled two planned locations in Southern California.

The freshest news from the food world every day

Thanks for signing up!

Check your inbox for a welcome email.

By signing up, you agree to our Privacy Notice and European users agree to the data transfer policy. 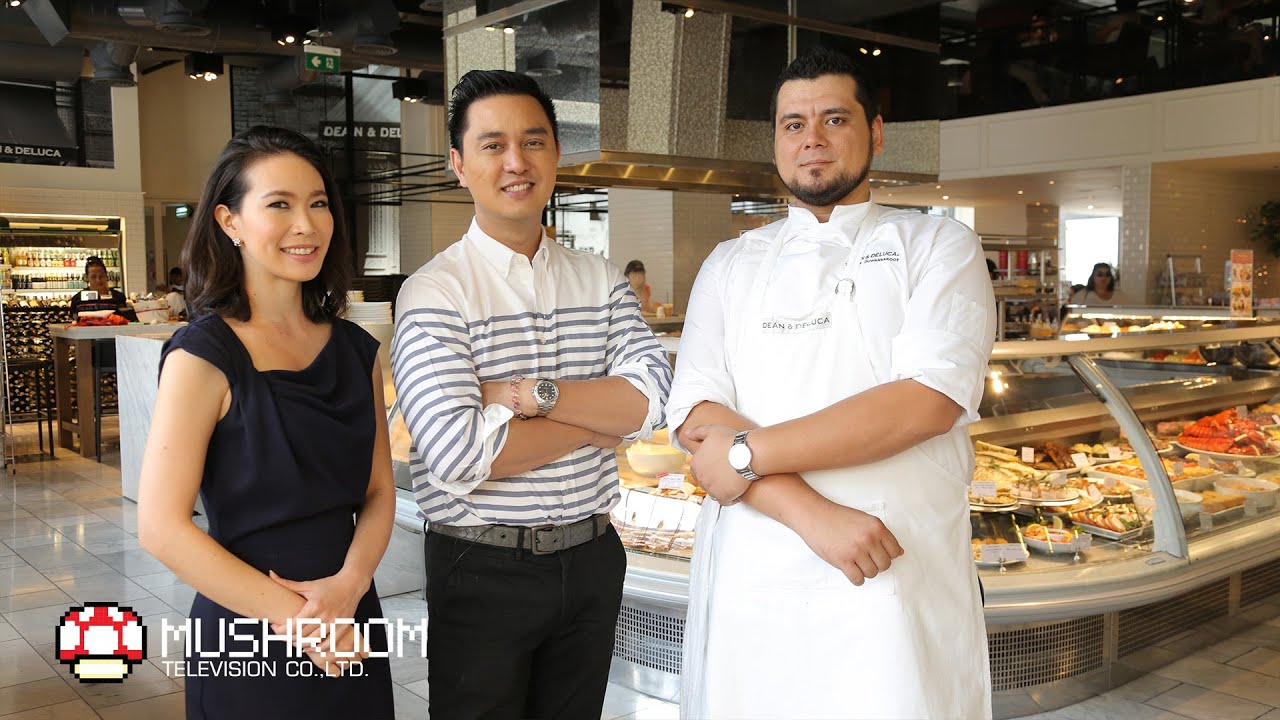 New Yorkborn delicatessen chain Dean \u0026 DeLuca is moving away from its signature aesthetic to launch a new style of fastfood outlet based around a kitchen design by architect Ole Scheeren.
Titled Stage, the concept imagines the kitchen and servery as a sort of theatreintheround, where cookery is a performance and the staff is the cast.
It is anchored by one central object, Scheeren’s rectangular kitchen counter, where food is made and displayed on platforms at varying heights. Customers are meant to circulate around the centrally positioned counter to watch the \”spectacle\” and order when they desire.
\”Stage is a concept to create a singular pristine object that celebrates food,\” said Scheeren. \”I wanted to showcase that really on a stage.\”
\”I wanted to elevate staff to not simply be mechanical makers but in a way actors that perform in a play – and in a way where they then join with their audience or the customer in that spectacle of making, offering and consuming.\”
Read more on Dezeen: https://www.dezeen.com/2016/11/29/deandelucastagefastfoodrestaurantinteriorconceptolescheerenkitchendesign/
WATCH NEXT: MIT researchers create flatpack food that takes shape in water https://youtu.be/JOgJ7bB06gc
Subscribe to our YouTube channel for the latest architecture and design movies: http://bit.ly/1tcULvh
Like Dezeen on Facebook: https://www.facebook.com/dezeen/
Follow Dezeen on Twitter: https://twitter.com/Dezeen/
Follow us on Instagram: https://www.instagram.com/dezeen/
Check out our Pinterest: https://uk.pinterest.com/dezeen/ 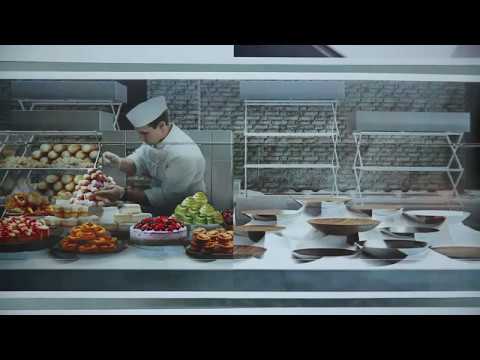 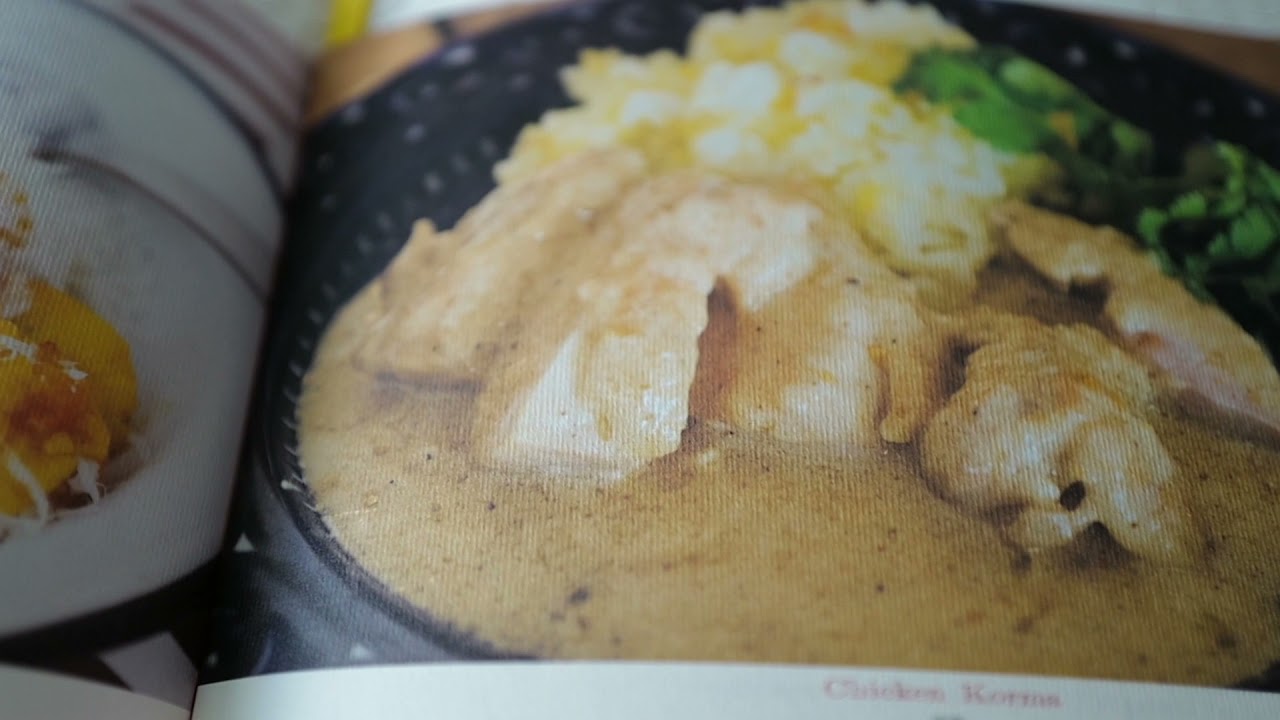 Dean \u0026 Deluca in Japan – A brief history and Guide

Join us as we take a look at Dean and Deluca in Japan and what to expect when visiting. 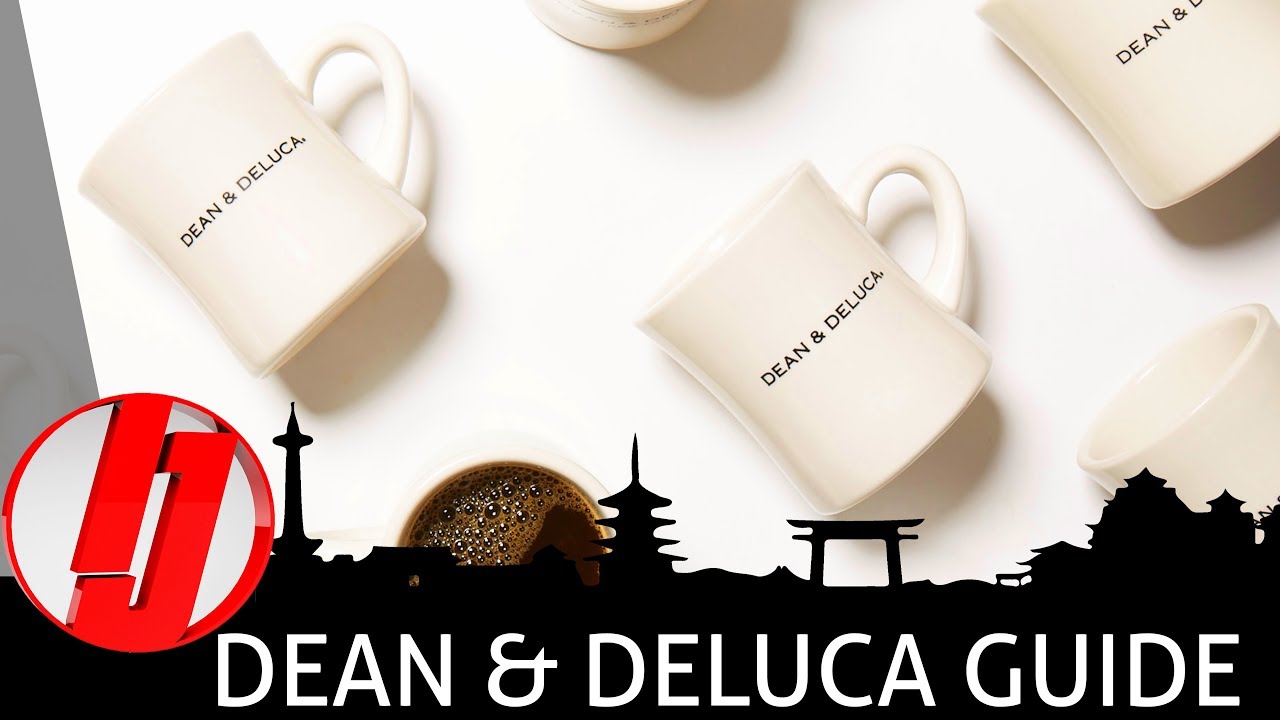 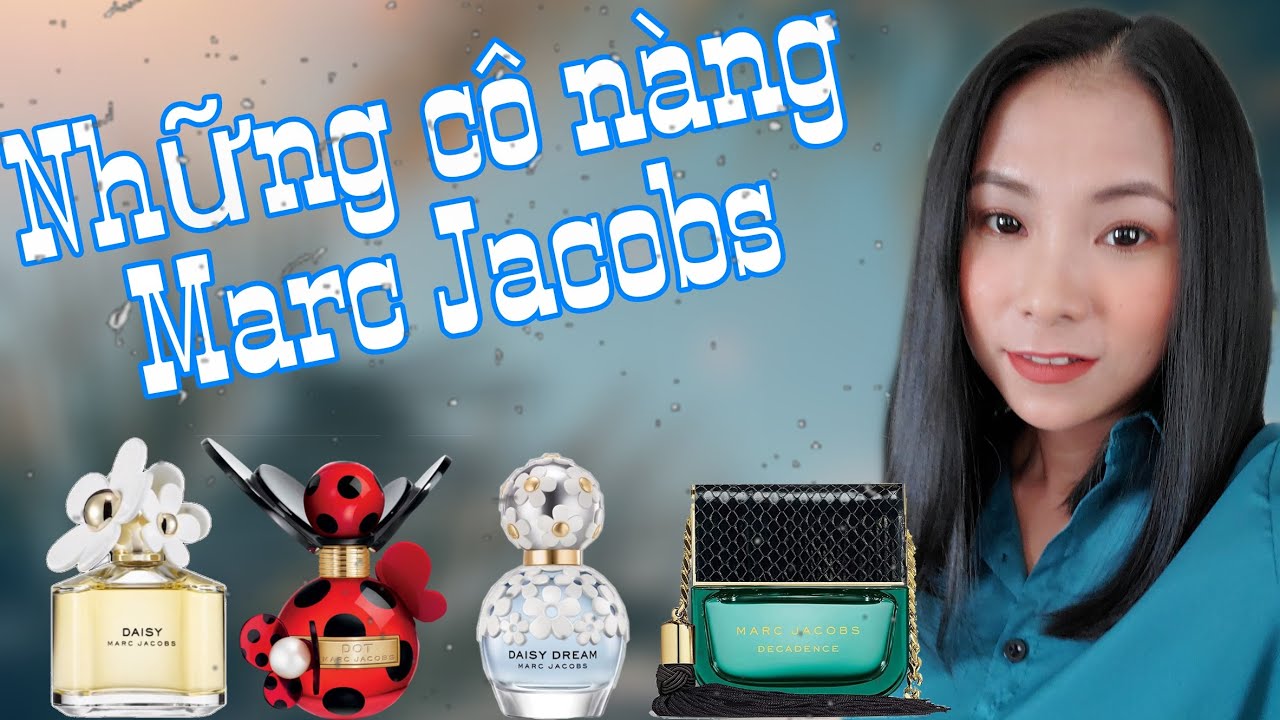