This morning in a livestream, Huawei officially kicked off the launch of Harmony OS, its in-house operating system and (among other things) its replacement for Android. The company announced a new watch, a new tablet, and a new phone powered by HarmonyOS. The company also said it would be updating a massive list of 100 different Huawei Android phone models to Harmony OS over the next year.

With today’s announcement, Huawei looks like it has two completely different operating systems that it calls “HarmonyOS.” First is the IoT and smartwatch version of HarmonyOS, which is based on Huawei’s LiteOS and is open source. The second version of Harmony OS is for phones and tablets and is a fork of Android and uses the Linux kernel (Huawei is very reluctant to admit this). Having what seems like two totally different operating systems share the same brand name leads to a lot of confusion, and you can make a lot of claims about the IoT version of HarmonyOS that don’t apply to the phone version.

For instance, TechCrunch spoke to Huawei and reported “Huawei denied speculations that HarmonyOS is a derivative of Android and said no single line of code is identical to that of Android. A spokesperson for Huawei declined to say whether the operating system is based on Linux, the kernel that powers Android.” This statement is true of the IoT version but untrue of the phone version. Meanwhile, the company said the complete opposite thing to the German site ComputerBase, which quotes Huawei’s software president as saying “To make sure our existing users can still enjoy the experiences that they are familiar with in our phones and tablets, Huawei uses the open source code from AOSP in HarmonyOS on the condition of complying with open source license rules and fulfilling related responsibilities and obligations.”

In the wake of the US export ban on Huawei, the company is currently struggling to be independent from the US supply chain. China has plenty of hardware-component manufacturers that Huawei can rely on, but China doesn’t do huge amounts of software development. So software is the company’s biggest problem. HarmonyOS is supposed to be the answer to that problem, so Huawei wants to sell the OS as an in-house creation that allows it to break free of US influence. Huawei doesn’t seem to like it when you point out that Harmony OS for phones is heavily based on Android.

We tried the OS in the official emulator a few months ago though, and there was no question that we were looking at an Android fork. HarmonyOS was identical to what Huawei ships on its Android phones, save for a few changes to the “about” screen that swapped out the words “Android” and “EMUI” (Huawei’s Android skin) for “HarmonyOS.” Huawei even missed a few spots where the OS still said “Android.” The OS ran Android apps and supported every Android feature with an implementation that was identical to Android. It used the Linux kernel and listed the version on the “About” screen. Development used the “Android Debug Bridge,” Huawei’s SDK listed 27 different Android libraries in the third-party software list, and it compiled Android apps with a different file extension. It was Android with no discernible differences.

Another major nit I have to pick with HarmonyOS is its lack of access and transparency. Just accessing the SDK and emulator required me to go through an insane process that involved uploading a photo of my US passport and credit card to Huawei’s servers so that I could be approved to access the SDK after a two-day waiting period. Most companies just have a download link. You don’t get to run the emulator locally on your computer, where it could be inspected more thoroughly—instead, it runs remotely on a server in China somewhere, and video of it is streamed to your computer. After we wrote our article, Huawei took down the emulator and blocked “overseas” users from downloading the SDK.

HarmonyOS won’t have many options for hiding once it rolls out to devices, though. Jon Porter of The Verge notes that the MatePad Pro tablet comes with Huawei’s “AppGallery” Android app store and runs Android apps, because, of course, it’s just Android.

Forking Android is not a big deal, and huge companies like Amazon do it for its FireOS. The difference is that Amazon is upfront about it and says “FireOS is a fork of Android” in the first paragraph of its developer documents. Huawei’s developer documents don’t reference Android and are mostly pure gibberish—and by that I mean they are paragraphs of buzzwords and circular links that don’t actually communicate any technical information about what the OS is or how it works.

In today’s show, HarmonyOS (for phones) got a light reskinning and looks slightly different from the emulator. The main new feature was a new quick settings panel that shows the company isn’t afraid to copy both big mobile OSes: the design is ripped straight from iOS’s Control Center, while the new functionality—showing multiple media players and a sound output picker—is an Android 11 feature. The HarmonyOS emulator we looked at was based on Android 10, but this media quick settings feature suggests this version of Harmony has been upgraded to Android 11 and Huawei is just cribbing more of the codebase.

HarmonyOS also has a feature called “Super Device,” which just seems to be a networking feature along the lines of Google Cast, AirPlay, or Bluetooth. When all the devices in your house run Harmony OS, Huawei says you’ll be able to use some pedestrian-sounding networking features like pairing a drone to a smartphone for remote control, using a tablet stylus on your PC, or connecting wireless earbuds to your phone. The company showed a plugin for Huawei Windows PCs that would let you quickly transfer files to a phone. Huawei imagined some wild smart home integration like tapping a phone against a toaster oven to look up recipes. There was also a HarmonyOS-power refrigerator.

As part of the Harmony OS rollout, Huawei is doing a massive in-place upgrade to about 100 different models of Huawei Android phones that will swap them over to Harmony OS. Normally, developing a brand-new OS and supporting a hundred old models would be an expensive, herculean effort that most companies would call “infeasible,” but since Harmony OS is really just Android, it’s not as big of a deal. We can’t promise all of these phones are moving to Android 11, either—they could just be getting basic rebranding changes of their existing software.

The first batch of phones is being upgraded today, June 2, which includes Huawei flagships like the Mate 40 and 30 series, P40 series, and the foldable Mate X2. More batches of phones are coming in Q3, Q4, and 2021 H1. Huawei promised switchers that “the performance of Harmony OS is superior to that of the Android-based EMUI,” but the company did not offer details of which areas it claims are better.

It’s important to note that existing Huawei devices will only be updated to HarmonyOS in China, which simplifies the rollout a lot, since those devices never had Google Play apps and services. Moving Android devices in other regions to HarmonyOS would involve deleting Google Play Services, which would break many existing apps.

Huawei dropped a few hints that it was feeling the pain from the US export ban and everything else that is going on. It said it would start selling existing phones like the Mate 40 Pro with HarmonyOS out of the box but noted that, “due to restrictions imposed by the US,” it would not be able to offer these phones with 5G. The company also briefly teased its next flagship, the P50, but said “For reasons you are all aware of, a launch date has not yet been set, but we are trying to figure out how to make this great product available to you.” Actually Huawei, we’re not sure which catastrophe this is referencing. Is this due to COVID? The US export ban? The global chip shortage? There is too much going on right now to be vague.

On track to map the future.
HUAWEI DEVELOPER CONFERENCE 2021 (TOGETHER) is coming your way.
Tune in on 22nd Oct at 07:30 BST | 08:30 CEST | 14:30 CST to get the latest on HarmonyOS and what Huawei is doing to forge a new ecosystem of limitless possibilities.
Visit https://developer.huawei.com/consumer/en/hdc/hdc2021/index.html for more.
HDC2021 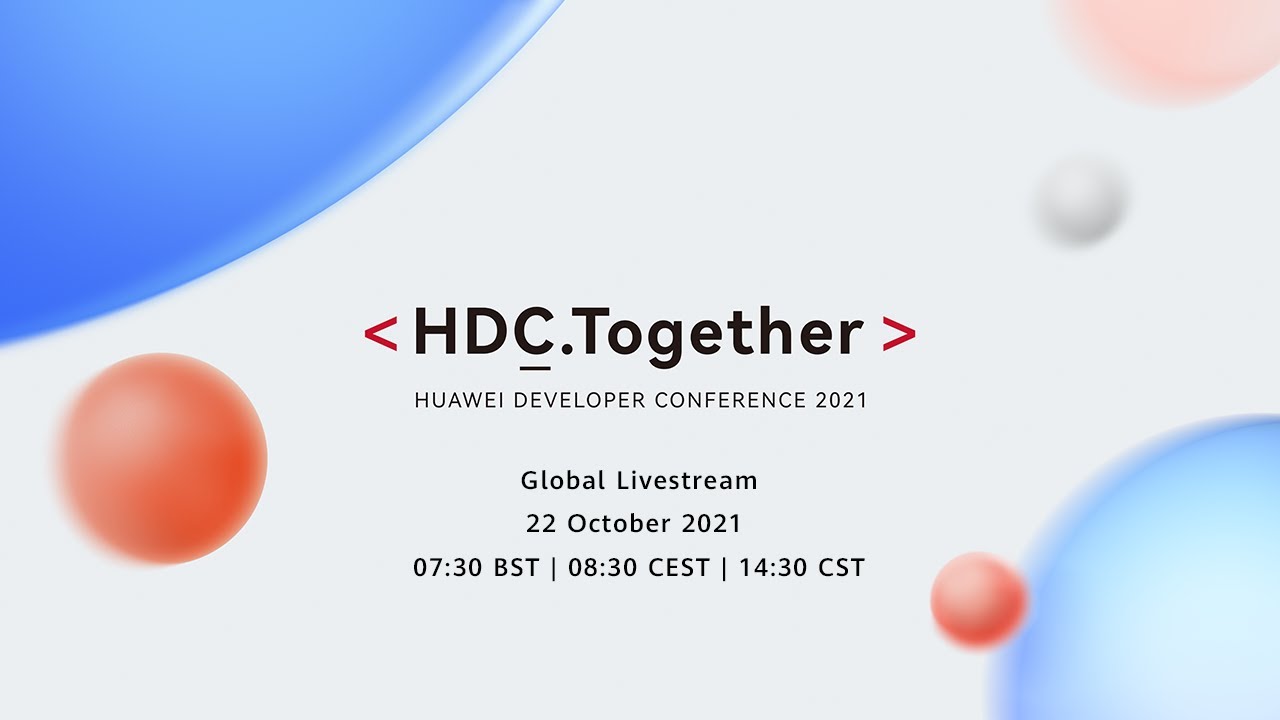 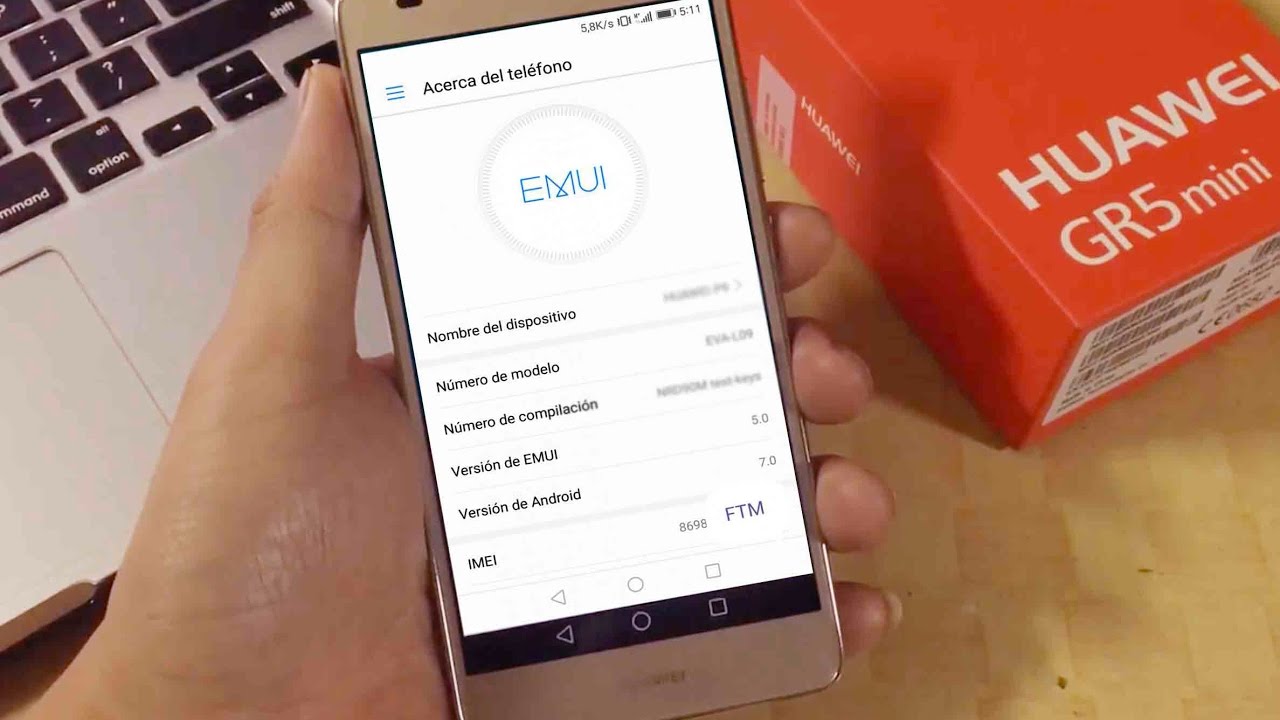 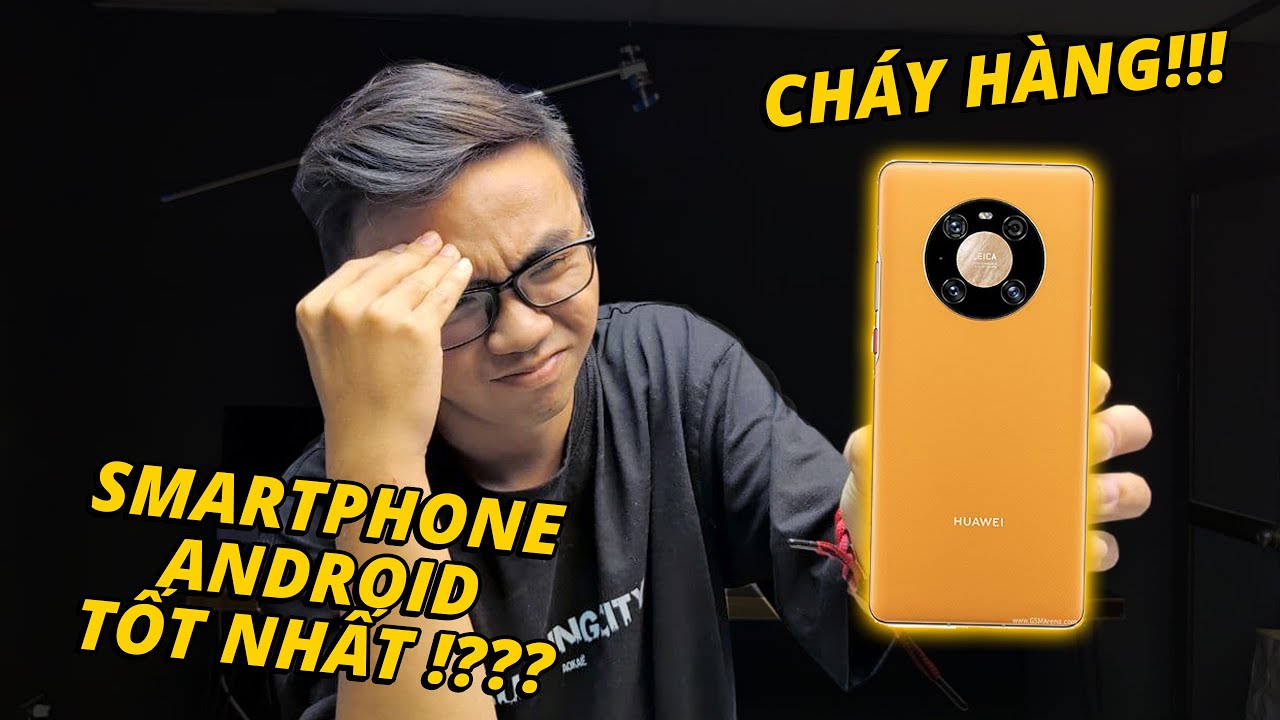 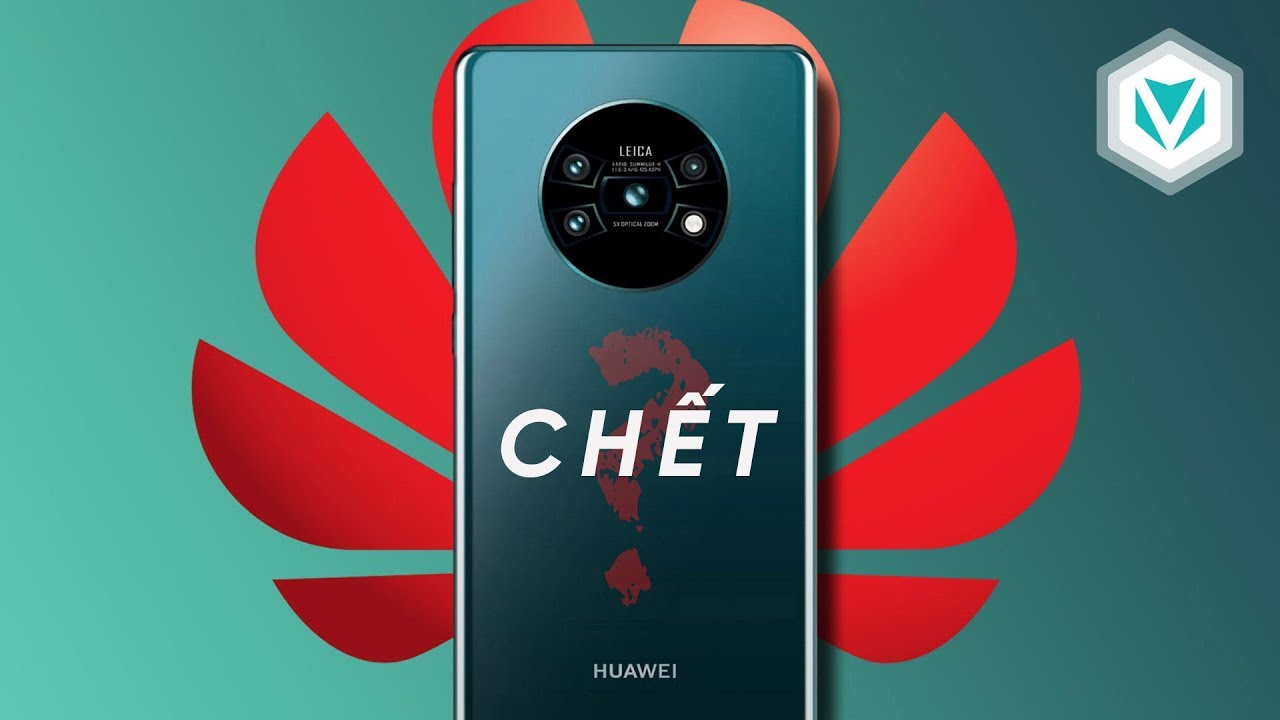 In this video tutorial here i am going to provide you all How To Install Google Play Service On All Huawei 2021 Android 9/10/11 new method. 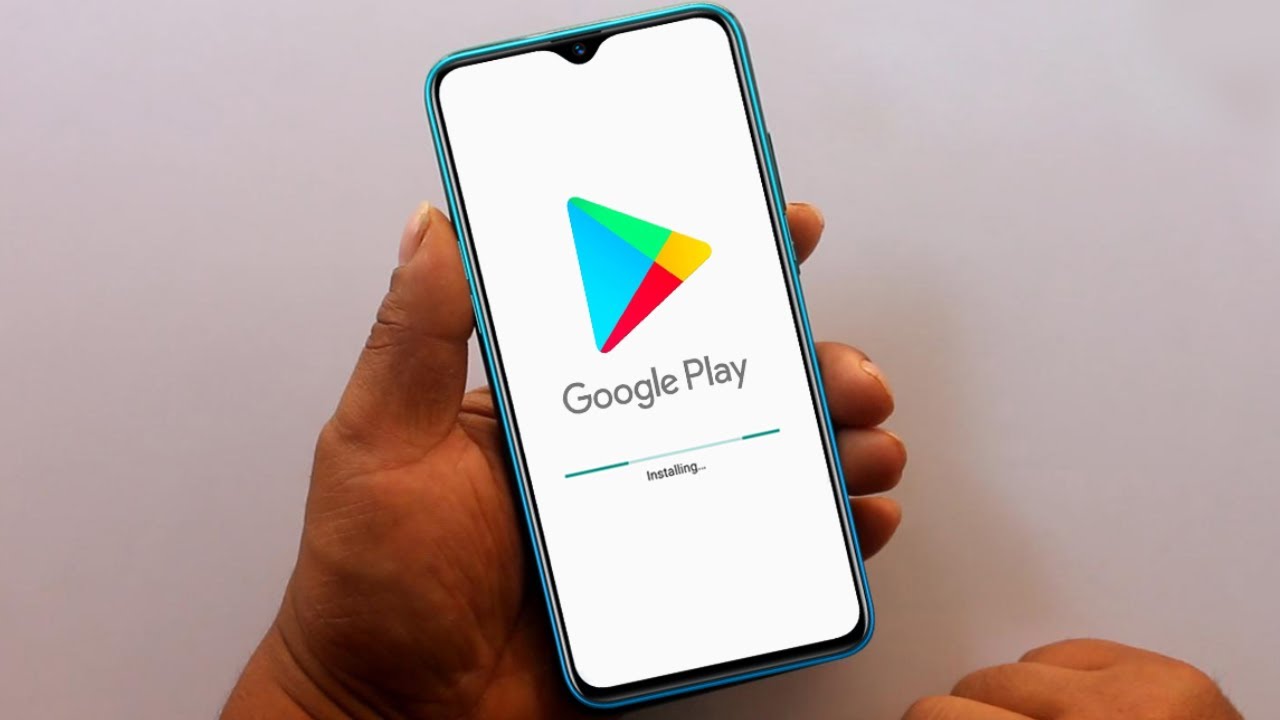