In this article, we discuss the research behind the most popular types of intermittent fasting and provide tips on how to maintain this type of diet.

Each person’s experience of intermittent fasting is individual, and different styles will suit different people.

Some studies suggest that this way of eating may offer benefits such as fat loss, better health, and increased longevity. Proponents claim that an intermittent fasting program is easier to maintain than traditional, calorie-controlled diets.

Intermittent fasting involves entirely or partially abstaining from eating for a set amount of time, before eating regularly again.

There are many different ways of intermittent fasting. The methods vary in the number of fast days and the calorie allowances.

The rules for this diet are simple. A person needs to decide on and adhere to a 12-hour fasting window every day.

According to some researchers, fasting for 10–16 hours can cause the body to turn its fat stores into energy, which releases ketones into the bloodstream. This should encourage weight loss.

This type of intermittent fasting plan may be a good option for beginners. This is because the fasting window is relatively small, much of the fasting occurs during sleep, and the person can consume the same number of calories each day.

The easiest way to do the 12-hour fast is to include the period of sleep in the fasting window.

For example, a person could choose to fast between 7 p.m. and 7 a.m. They would need to finish their dinner before 7 p.m. and wait until 7 a.m. to eat breakfast but would be asleep for much of the time in between.

Fasting for 16 hours a day, leaving an eating window of 8 hours, is called the 16:8 method or the Leangains diet.

During the 16:8 diet, men fast for 16 hours each day, and women fast for 14 hours. This type of intermittent fast may be helpful for someone who has already tried the 12-hour fast but did not see any benefits.

On this fast, people usually finish their evening meal by 8 p.m. and then skip breakfast the next day, not eating again until noon.

A study on mice found that limiting the feeding window to 8 hours protected them from obesity, inflammation, diabetes, and liver disease, even when they ate the same total number of calories as mice that ate whenever they wished.

People following the 5:2 diet eat standard amounts of healthful food for 5 days and reduce calorie intake on the other 2 days.

Typically, people separate their fasting days in the week. For example, they may fast on a Monday and Thursday and eat normally on the other days. There should be at least 1 non-fasting day between fasting days.

There is limited research on the 5:2 diet, which is also known as the Fast diet. A study involving 107 overweight or obese women found that restricting calories twice weekly and continuous calorie restriction both led to similar weight loss.

The study also found that this diet reduced insulin levels and improved insulin sensitivity among participants.

A small-scale study looked at the effects of this fasting style in 23 overweight women. Over the course of one menstrual cycle, the women lost 4.8 percent of their body weight and 8.0 percent of their total body fat. However, these measurements returned to normal for most of the women after 5 days of normal eating.

There are several variations of the alternate day fasting plan, which involves fasting every other day.

For some people, alternate day fasting means a complete avoidance of solid foods on fasting days, while other people allow up to 500 calories. On feeding days, people often choose to eat as much as they want.

One study reports that alternate day fasting is effective for weight loss and heart health in both healthy and overweight adults. The researchers found that the 32 participants lost an average of 5.2 kilograms (kg), or just over 11 pounds (lb), over a 12-week period.

Alternate day fasting is quite an extreme form of intermittent fasting, and it may not be suitable for beginners or those with certain medical conditions. It may also be difficult to maintain this type of fasting in the long term.

On a 24-hour diet, a person can have teas and calorie-free drinks.

Fasting completely for 1 or 2 days a week, known as the Eat-Stop-Eat diet, involves eating no food for 24 hours at a time. Many people fast from breakfast to breakfast or lunch to lunch.

People on this diet plan can have water, tea, and other calorie-free drinks during the fasting period.

People should return to normal eating patterns on the non-fasting days. Eating in this manner reduces a person’s total calorie intake but does not limit the specific foods that the individual consumes.

A 24-hour fast can be challenging, and it may cause fatigue, headaches, or irritability. Many people find that these effects become less extreme over time as the body adjusts to this new pattern of eating.

People may benefit from trying a 12-hour or 16-hour fast before transitioning to the 24-hour fast.

This flexible approach to intermittent fasting may be good for beginners. It involves occasionally skipping meals.

People can decide which meals to skip according to their level of hunger or time restraints. However, it is important to eat healthful foods at each meal.

Meal skipping is likely to be most successful when individuals monitor and respond to their body’s hunger signals. Essentially, people using this style of intermittent fasting will eat when they are hungry and skip meals when they are not.

This may feel more natural for some people than the other fasting methods.

The Warrior Diet is a relatively extreme form of intermittent fasting.

The Warrior Diet involves eating very little, usually just a few servings of raw fruit and vegetables, during a 20-hour fasting window, then eating one large meal at night. The eating window is usually only around 4 hours.

This form of fasting may be best for people who have tried other forms of intermittent fasting already.

Supporters of the Warrior Diet claim that humans are natural nocturnal eaters and that eating at night allows the body to gain nutrients in line with its circadian rhythms.

During the 4-hour eating phase, people should make sure that they consume plenty of vegetables, proteins, and healthful fats. They should also include some carbohydrates.

Although it is possible to eat some foods during the fasting period, it can be challenging to stick to the strict guidelines on when and what to eat in the long term. Also, some people struggle with eating such a large meal so close to bedtime.

There is also a risk that people on this diet will not eat enough nutrients, such as fiber. This can increase the risk of cancer and have an adverse effect on digestive and immune health. 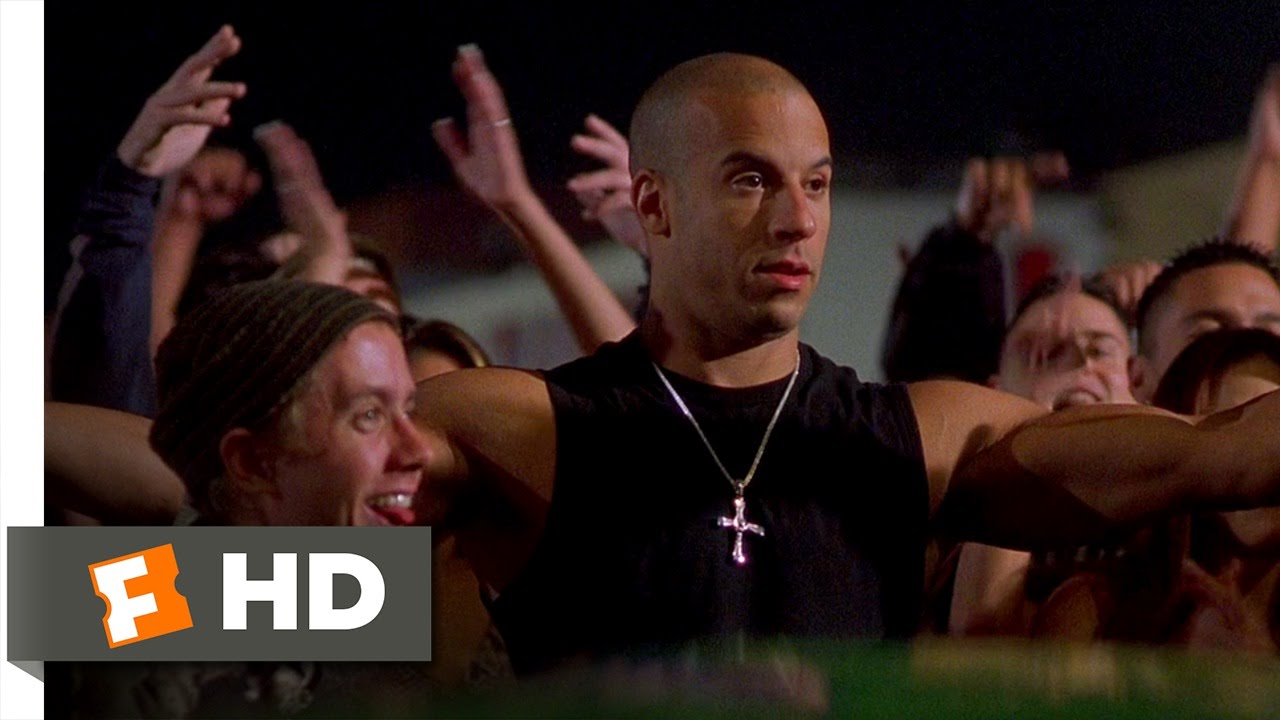 The Fast and The Furious IV (2009)
Opening scene car chase, Dom with his crew are hijacking gas truck / trailer.
1987 Buick Grand National GNX Dom Toretto / Vin Diesel
Production team built 8 of these cars.and installed CNC slide brakes and Wilwood calipers in the rear to help facilitate stunt demands. Also the cars were slightly lowered. No actual GNXs were harmed in the making of the film. Some of the cars used were builtup Regals.
The Buick GNX was a hot rod version of the sleepy Buick Regal, and was claimed as the fastest production car ever built at the time. The all black appearance of the car also earned it the nickname “the Darth Vader car.”
1967 Chevrolet heist truck Han Lue / Sung Kang
In the movie, it’s supposed to be a diesel, but in reality it’s powered by a gasburning 502 cc V8.
1989 Chevrolet R3500 Crew Cab Tego / Tego Calderon
Was built on Crew Cab truck original chassis with double semi truck working rear axles. 572cc V8, 672hp and 2 x NOS
1981 Peterbilt 359 Truck Driver / Alejandro Patino
Big truck fall down the cliff and go BOOM 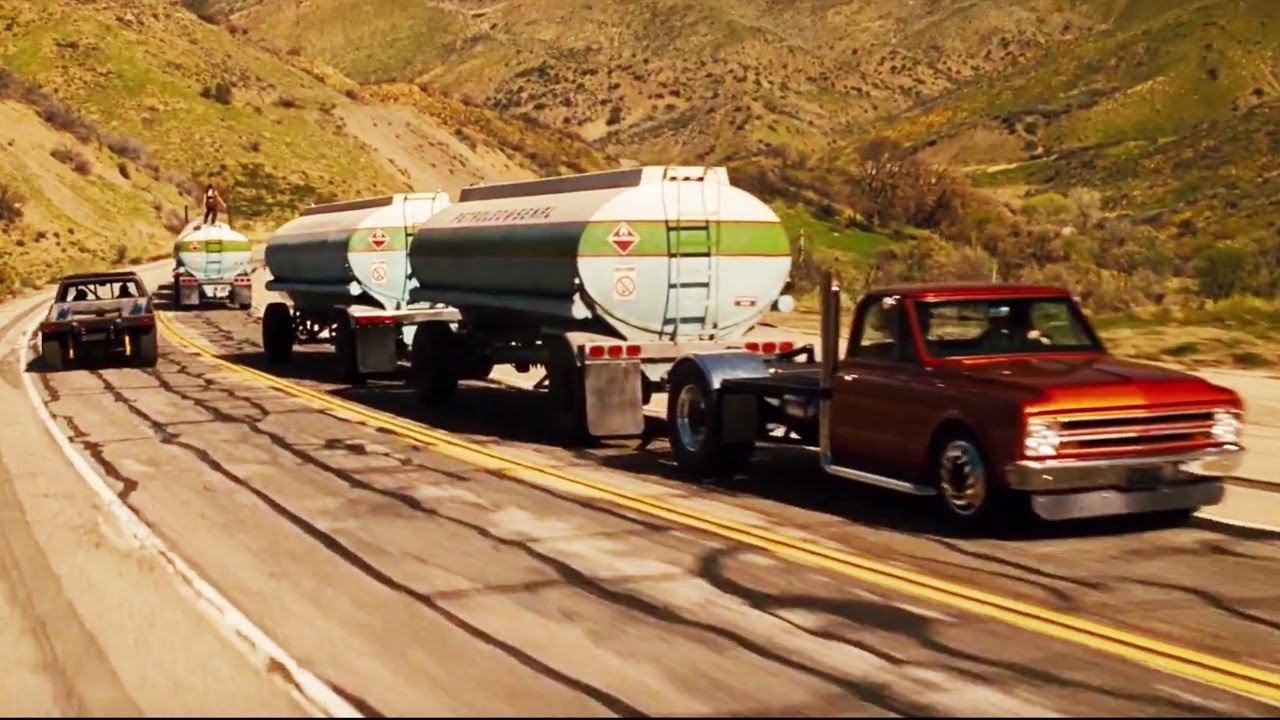 A FAT BURNING workout! All in 20 minutes! You do NOT want to miss this one! This 20 minute workout will bring you to the fat burning pace you need to BURN fat and feel so STRONG!
Download, stream, or purchase our latest workouts and accessories!
🚶‍♀️Subscribe to our bestselling app at https://walkathome.com
➡️ Check out our store on Amazon: https://www.amazon.com/walkathome
💻 Visit our official website: http://walkathome.com/
📺 Subscribe to our YouTube channel!
About Walk at Home by Leslie Sansone ®:
🔹 Walk at Home is the world’s leading fitness walking brand. Created by Leslie Sansone, Walk at Home has helped MILLIONS of people live active and healthy lives for over 30 years. Walk at Home is one of the topselling fitness brands at mass retail, including Walmart, Target, and QVC. Walk at Home’s popular YouTube channel has over 2 Million subscribers and is ranked as one of the TOP FITNESS CHANNELS on YouTube. Walk at Home’s best selling app offers a fresh, new set of workouts every month! Learn more at https://walkathome.com 🔹
Follow Walk at Home by Leslie Sansone®:
📸 Instagram: @WalkAtHome
👍 Facebook: @LeslieSansone
🐦 Twitter: @WalkAtHome
📺 YouTube: @WalkAtHomebyLeslieSansone
Walk at Home by Leslie Sansone® is a YouTube channel for at home walking workouts and fitness exercises. Join the Walk at Home crew on mile walk workouts, fat burning workouts, workout plans and more. We also love to post videos on strength training, cardio exercises, fast and easy workouts, firming routines, and more! Make sure you hit the subscribe button and turn on the \”bell\” icon 🔔 for notifications on new workout videos. Say hello in the comments too! 👋Happy walking!
walkathome fitness workouts 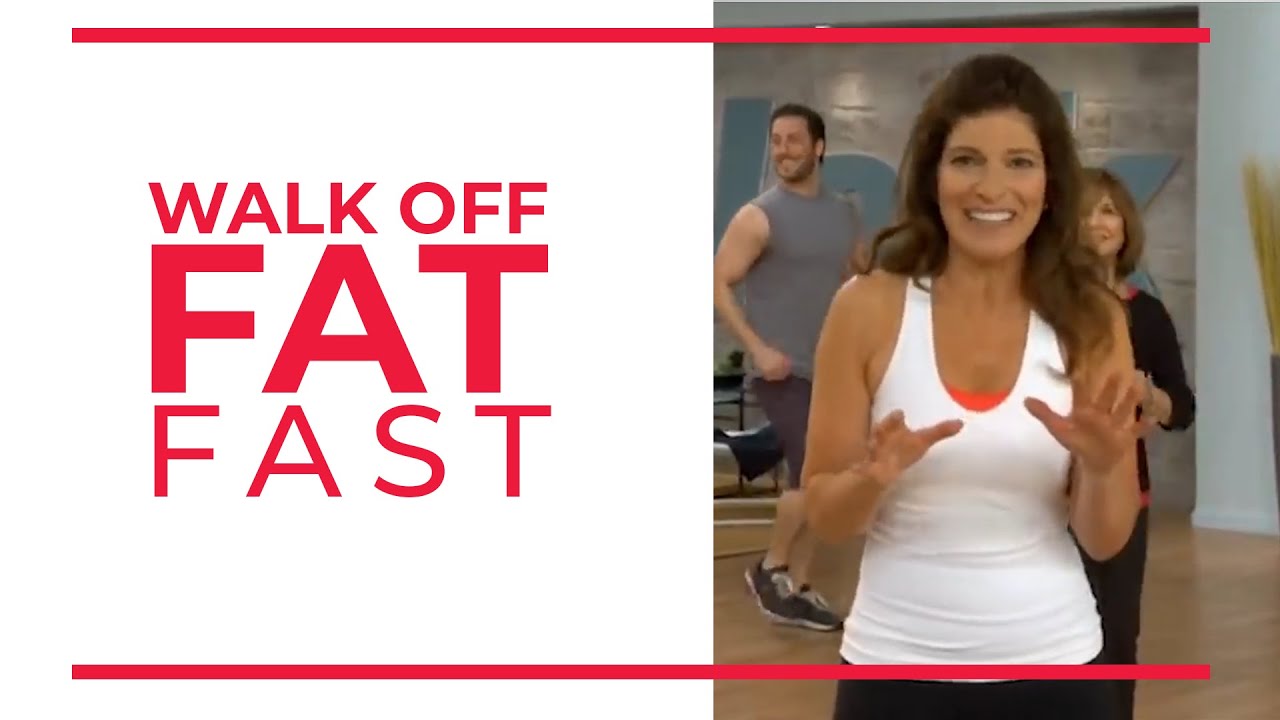 The Final Race | The Fast And The Furious | Screen Bites

Brian pursues Dominic and they end up competing in a very dangerous race
The Fast and The Furious (2001) SYNOPSIS: Dominic Toretto (Vin Diesel) enjoys the adrenaline of street car racing and his fans treat him like a rock star. After a blazing encounter with the ruthless Johnny Tran, Dom decides to take Brian (Paul Walker), a newcomer to street racing, under his wing. Dom’s sister Mia sees something she likes in Brian, too. Trouble is, neither of them realize he’s an undercover cop, and Dominic and his rival Johnny Tran are both the prime suspects in a case involving dirty money and bigrig hijacking.
Watch The Fast And The Furious on Google Play: https://bit.ly/327gdZ9
Welcome to Screen Bites. The ultimate place for cross overs, mashups, clips, trailers, exclusives behind the scenes, singalongs and so much more! There’s nowhere else like this for film fans on YouTube.
Don’t forget to subscribe at https://bit.ly/2uuDyEX
FastAndFurious PaulWalker VinDiesel 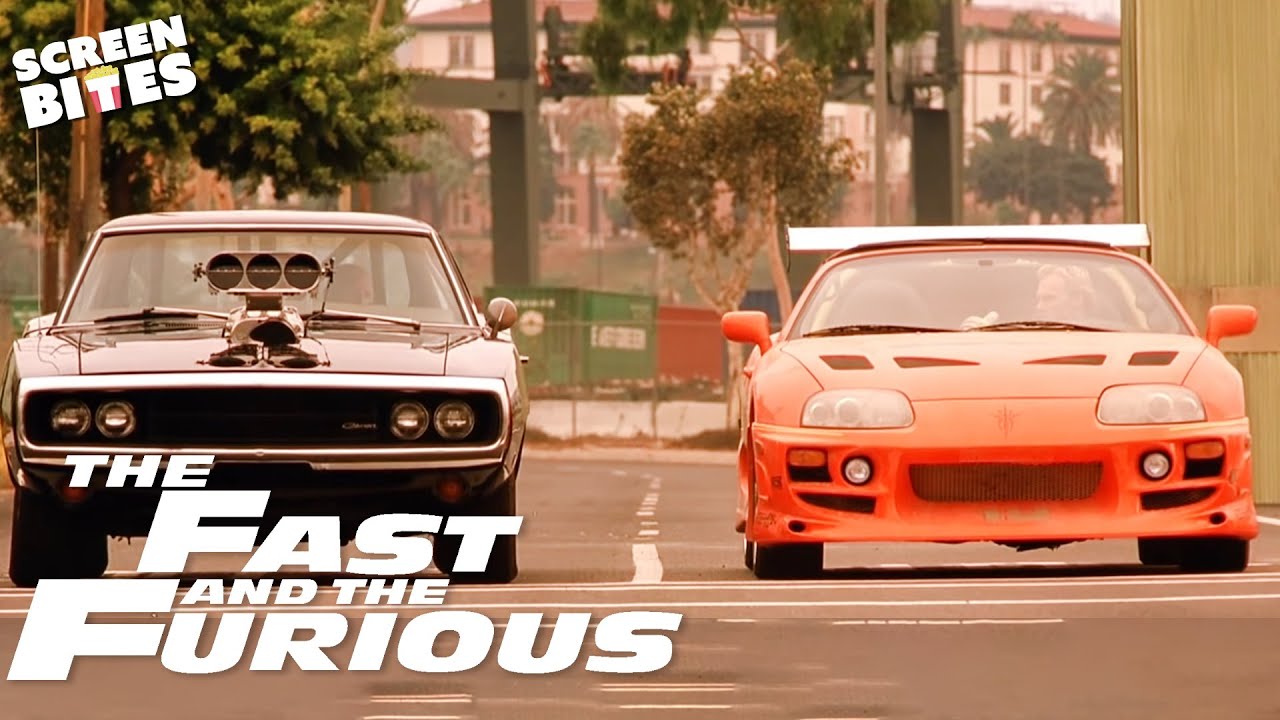